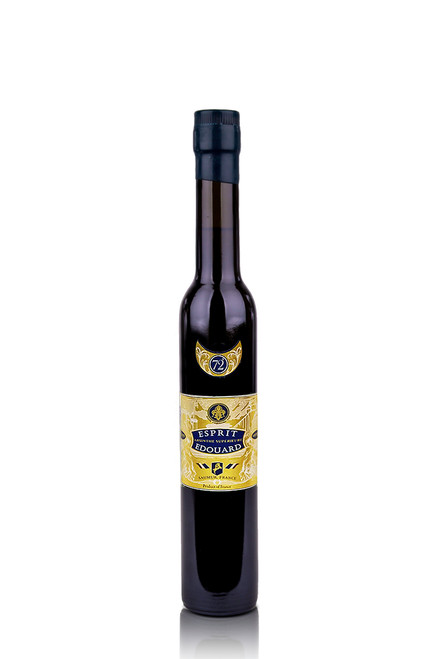 The story of Esprit Edouard Absinthe Supérieure is rooted in the late 19th century, at the time when one of the world's most prestigious absinthe distilleries was at the zenith of its existence. This distillery crafted products that were the subject of widespread acclaim and international export. At the time of the ban, this distillery had earned the distinction as one of the largest absinthe producers, and was considered by many absinthe connoisseurs to be one of the finest marques.

Almost a century later, perfectly preserved bottles of this pre-ban absinthe have yielded the secrets of this famed producer, and remain an indellible part of Jade's antique collection. The exquisite taste of this antique absinthe is incredibly smooth and delicious.

Not since the original French and Swiss bans has the world seen a French absinthe that boasts the quality of this particular original brand. Almost a century later, Jade Liqueurs is proud to present Esprit Edouard Absinthe Supérieure.

Esprit Edouard is a fabulously faithful reproduction of the famous pre-ban 72° absinthe that was highly regarded during the Belle Époque. Esprit Edouard is absolutely correct to the original, from its delicate tint, to its refined texture and delightfully aromatic finish.

Esprit Edouard Absinthe Supérieure offers the connoisseur the genuine Belle Époque absinthe experience, and makes an impressively prestigious addition to any collection of fine spirits. We invite you to experience the unrivalled quality, tradition, and mystique that only Esprit Edouard can deliver.